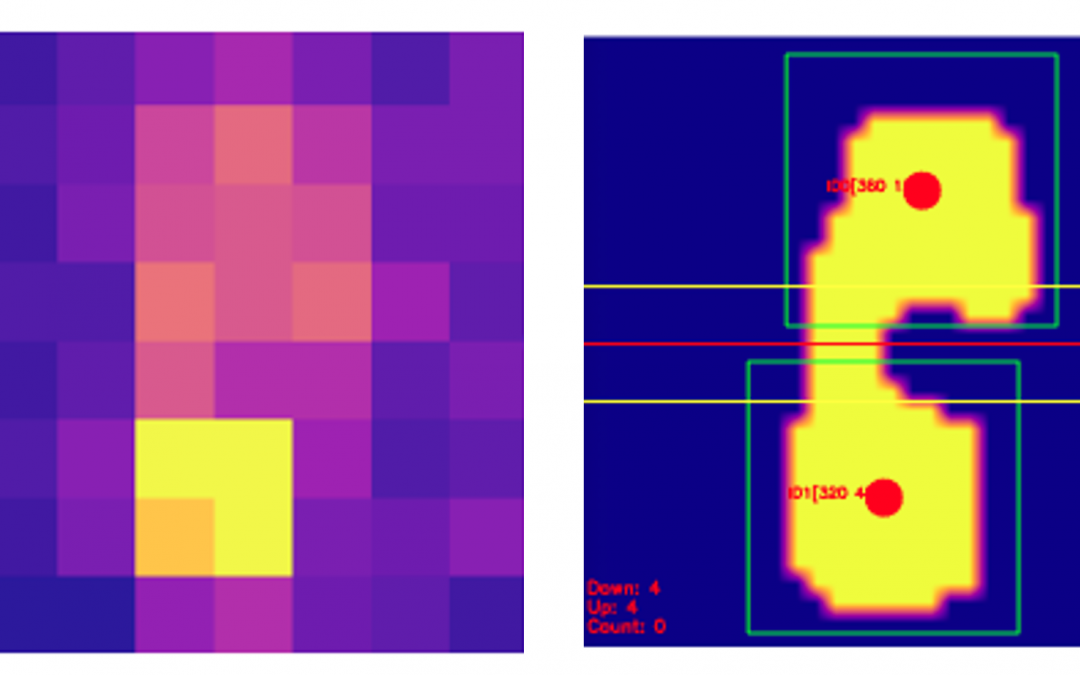 When looking at this blur, few people come up with something specific. However, we at FPT Slovakia see there 2 people entering the room and their body temperature is lower than 37 degrees Celsius. However, due to the low resolution of 8x8 pixels, we cannot identify these people or determine their gender or skin color. Those who can do that, may send us their CVs and we guarantee them a job.

IT ALL STARTED WITH A PANDEMIC

But let's look at how it all started. About a year ago, when many of us were just beginning to invest in flour and soap type commodities, we at FPT began thinking about how to enable people to return to work quickly, to their natural work environment. From this idea, an internal project was created with the aim of developing and implementing a system for automated temperature measurement. At the time, temperature measurement was thought to be a relatively effective way to identify people infected with COVID-19. After several prototypes, we worked out the final solution, which is based on a special sensor, the so-called Thermopile Array sensor.

This sensor is sensitive to heat radiated by humans. It therefore works on a similar principle as the motion sensors used in lights, with the difference that there is only one sensor in the light and there are 64 of them in the 8x8 matrix in the sensor we use. Because we capture heat and not the image, identification of persons is excluded. On the other hand, the measured temperature reading is highly skewed, resulting in a human temperature of only 22 degrees instead of the expected 37. The causes of this phenomenon are several. Absorption of radiant heat by the environment, the clothing itself, the season, as well as the fact that human skin may have a different temperature compared to body temperature. For this reason, we have implemented calibration algorithms into the device, the task of which is to calculate losses and compensate them so that we get to the actual body temperature. In addition to the environment temperature, we also use the measurement of the distance from the person for this calculation. We sample and analyze these parameters together with the radiated heat in real time 100 times per second. We display the resulting temperature only when the measurement deviation represents a negligible value, which is on average 2-3 seconds. The uniqueness of our solution therefore lies in the fact that we can create an image similar to a thermal camera, but without the use of a camera and thus without capturing a face or other objects.

At about the same time when we have intensely dealt with the project of automated temperature measurement, we were approached by a customer with a request to monitor the occupancy of meeting rooms. Of course, this problem can be solved relatively easily with motion sensors. At that time, however, it occurred to us that if we could measure a person's temperature, we should be able to detect a person or more people using the same sensor. 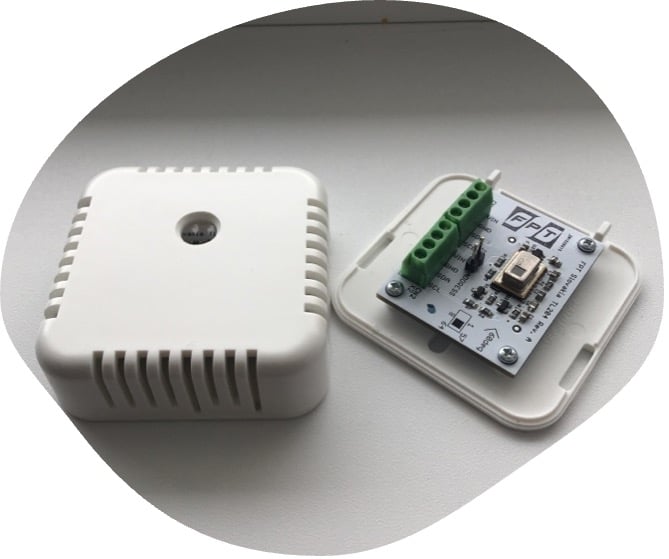 We started working on a modification of the original project and after a series of tests and prototypes we managed to create a unique sensor that can not only detect several people, but also classify and monitor them at a viewing angle of 60 degrees, which is approximately 2x2 meters when mounted on the ceiling. The algorithm operates in real time at a rate of approximately 10 frames per second, with each frame first being isolated from ambient noise. Subsequently, it uses bicubic interpolation to calculate additional points and thus increase the resolution from 8x8 pixels to 640x640 pixels. At this stage, it is possible to apply an algorithm to the image, the task of which is to find the "blurs" in the image. Similar algorithms are used by NASA to search for new space objects in the sky. After a series of further recalculations, we are able to calculate the centroid, ie the imaginary center of a person, classify it using a unique ID and start tracking his movement in the coordinate system. Thanks to the virtual line in the middle of the monitored area, we can clearly determine whether the person enters or leaves the room.

It should be emphasized that this sensor can also be used in other areas than just monitoring the occupancy of the room or counting people. It can be used wherever for safety or other reasons it is not possible to put on a camera and the use of a classic motion sensor is insufficient.

An added value during a pandemic is the fact that this sensor can also measure the temperature of a person entering the room. In this way, it performs several tasks: monitoring the efficiency of the use of the room, determining the number of people in real time and complying with anti-pandemic measures - the maximum number of people for the room and at the same time measuring the temperature at entry. And all this without the need for service.

We are currently testing and constantly improving this system for monitoring meeting rooms in combination with the reservation system of shared desks in the internal conditions of FPT Slovakia.